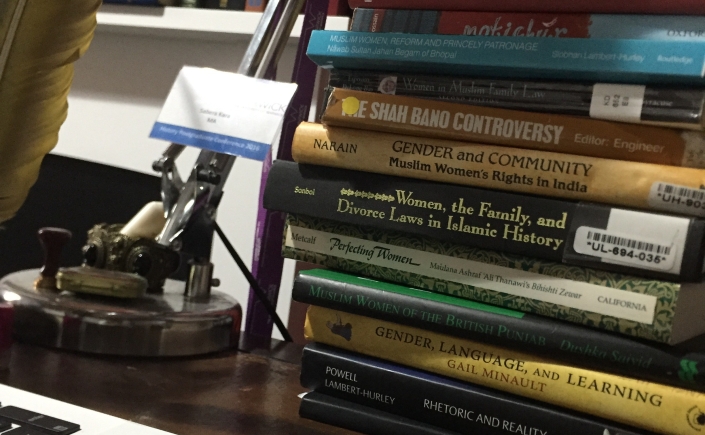 With the rise of women’s history and the history of gender in the late twentieth century, feminist scholars and historians have contributed significantly to the body of knowledge regarding Indian women’s history. This has included women’s activities in both the nationalist and women’s movements, as well as feminist initiatives in social reform and the uplift … END_OF_DOCUMENT_TOKEN_TO_BE_REPLACED

Child marriage and the lack of female education were problems across both Hindu and Muslim women, and were highlighted particularly in the late nineteenth and early twentieth centuries. Yet, in the Indian age of reform, each religious community chose to focus on different aspects of their women’s social conditions as subjects for their reform campaigns. … END_OF_DOCUMENT_TOKEN_TO_BE_REPLACED