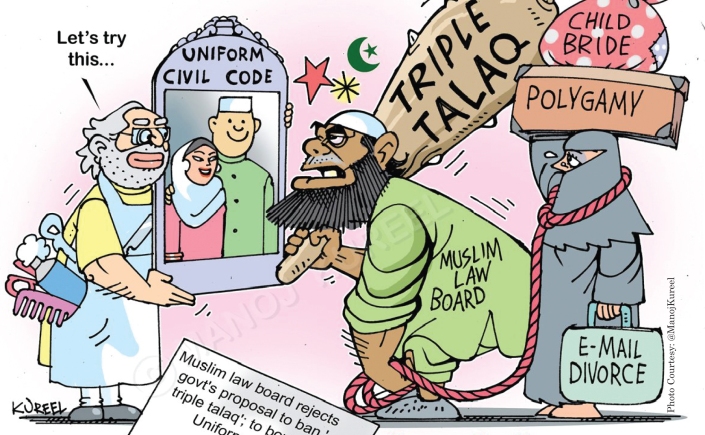 Issues of Muslim women’s marital rights have received significant media attention in recent years, whereby these women have highlighted gender inequalities in the unreformed legal system of Muslim personal law in India.[1] Amongst these women, discourses around divorce under Muslim personal law have been particularly prevalent, as the practice of triple talaq has been brought into question by women’s rights activists, and many Muslim women themselves. Within these debates, the problem of polygamy has been a recurring theme, that has been lingering around the issues of Muslim personal law reform, and the implementation of a Uniform Civil Code in the interests of women’s rights. Considering how debates around legal reform for Muslim women, and problems of gender inequalities in personal laws have continued since the early twentieth century, raises the question as to why the reform of polygamy amongst Indian Muslims has continued to evade the legislature?

The current government in India has been cautious in interfering with the reform of Muslim personal law. While little has been done by the government itself, the legal reform of polygamy for Indian Muslims has come up as a topic in the Lok Sabha on multiple occasions.[2] Yet the issue of minority politics among Indian Muslims, has cautioned the Indian government not to push for reform, but rather urge reform from within, so as not to alienate minorities and cause further communal tensions.[3] While minority politics and communalism problematise the reform of polygamy, this does not mean that we should lose sight of the way in which this issue has had the ability to stick around.

Hindu-right groups have been vociferous about the problem of polygamy amongst Indian Muslims, particularly as a problem of demographics. These groups have masked their rhetoric in a demand for the implementation of a uniform civil code, as one law for all Indians. Similarly, women’s rights groups and politicians have echoed the demand for a uniform civil code, whereby a common civil law would entail the criminalisation of polygamy, and equal rights in matters of divorce.[4] However, the All India Muslim Personal Law Board (AIMPLB), denounces calls for the reform of Muslim personal law and a uniform civil code, as their primary objective has been to preserve their personal law in India, in the interests of minority rights and identity. For the AIMPLB, reform of Muslim personal law in response to demands by Muslim women, Indian feminists, and supporters of a uniform civil code, implies the raising of women’s rights above minority rights. And so, the reform of Muslim personal law, and the practice of polygamy within it, is problematic, due to the issue of minority identity, and the perceived conflict between women’s rights and minority rights. An exploration of the history of the problem of polygamy, and legal reforms for Muslim women, demonstrates how the concerns of the AIMPLB are a continuation of Muslim reformists’ concerns in the early twentieth century. 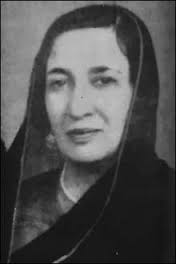 In the early twentieth century, high-profile Muslim women in all-India women’s organisations spoke out against the practice of polygamy, as they believed that the way in which it was practiced by Indian Muslim men was against the ‘true spirit of Islam’, and a source of ‘cruelty and oppression’ for Indian Muslim women in polygamous marriages. In addition, they also spoke out against unilateral divorce, and the lack of women’s succession rights, and called for legislative reform in relation to these issues. Subsequently, the implementation of the Muslim Personal Law (Shariat) Application Act of 1937,[5] and the Dissolution of Muslim Marriages Act of 1939, ‘symbolically’ secured for Muslim women the rights to succession and divorce. I say ‘symbolically’, because the scope of the acts in question, limited the kind of property Muslim women could inherit, whilst social stigmas, a lack of female education, and patriarchal familial arrangements, ensured women in many instances were either unaware of their rights, or unable to assert them. Nevertheless, Muslim women in the late 1930s, had legally secured something in the way of women’s rights. This raises the question then as to why the legislature did not act on the issue of polygamy, as it had done on the issues of divorce and succession?

Within the broader context of social and legal reform in late colonial India, the passage of the Child Marriage Restraint Act in 1929, marked the beginning of a series of legislation and legal reforms that dealt with personal matters, specifically the position of women. The campaign for Muslim personal law was located within this legal context, which emphasised social reform and an improvement to women’s conditions. While the reasons utilised by Muslim reformers for the enactment of Muslim personal law were based on women’s greater socio-economic rights, the drive for reform amongst Muslim politicians, reformers, and the Ulema, was to create uniformity in law amongst Muslims in British India.[6] On his introduction of the Shariat Bill, Hafiz Muhammad Abdullah specifically stated in the Legislative Assembly, that the aim of the bill was to secure uniformity in law amongst Indian Muslims, who were at the time adhering to a range of customary laws.[7] Thus, the reform of Muslim personal law was primarily in the interests of an Indian Muslim identity.

Muslim reformers included women’s rights to succession in the Shariat Bill, as their justification for its implementation was highly focused on Muslim women’s rights under Islamic law.[8] As Islamic law already gave women rights of inheritance this was included as a provision in the Act of 1937, albeit in a very limited manner, in order to secure the passage of the bill for the benefit of the wider Muslim community. On the other hand, the Dissolution of Muslim Marriages Act of 1939, was sought by Muslim reformers as a measure to ensure the vitality of Islam in India and to preserve a Muslim identity.[9] The lack of divorce rights for Muslim women, had meant that many of these women had previously utilised the act of apostasy as their only means to escape a difficult marriage.[10] This presented a direct threat to the Muslim community in India, and so Muslim women’s right to initiate divorce, was sought as a means to preserve their religious identity, and the future of the Muslim community in India. [11]

While Muslim women were granted these rights within certain limitations, polygamy was not addressed through the legislature or by the Muslim male reformers in the legislative assembly debates. Muslim women’s right to succession was included in the Shariat Act, in order to secure the passage of Muslim personal law in the interests of an Indian Muslim identity. On the other hand, women’s right to divorce was sought by Muslim reformers, as their apostasy was seen as a threat to this very identity. However, the practice of polygamy presented no such threat to the wider Muslim community, while its reform would imply a direct challenge to Indian Muslim interpretations of the religious injunctions that sanctioned the practice. In addition, the concession of Muslim women’s rights via personal laws, allowed the evasion of the topic to the advantage of the broader issues of cultural identity and religious revivalism.

Social and legal reform for Muslim women in the history of modern South Asia was not primarily about securing Muslim women’s rights, but essentially about the vitality and security of Muslim identity in late colonial India. In independent India, the reform of polygamy has become part of a wider debate on the reform of Muslim personal law, and the enactment of a uniform civil code, in the interests of women’s rights. The All-India Muslim Personal Law Board and the Ulama, continue to oppose the reform of Muslim personal law, and polygamy within it, because the protection of Muslim personal law has become a priority among Indian Muslims as a means to safeguard minority rights and an Indian Muslim identity.

[5] Hereafter referred to as the Shariat Act, and the Shariat Bill in reference to the bill.